Planning a visit to Scandinavia in summer for your first time and you probably conjure up images of dramatic green landscapes, endless days of daylights with pretty flowers in bloom. But when you travel around Scandinavia it’s not long before you realise there’s a whole lot more waiting to surprise you.

There was so much I loved about touring Scandinavia. It wasn’t my first time in this part of the world but it was my first time getting as far north as the Arctic Circle and getting to know Finland.  My seven surprises include the Sami culture, reindeers, food, architecture, the husky dogs, the land of the midnight sun, and the ferries.

#1 – The Huskies of Finland

I left a piece of my heart with the working dogs of Finland. In the Arctic Circle, in the northern part of Finland, husky dogs are a way of life; working dogs in the winter, and at rest in the summer.
We visited a husky musher’s camp while at our overnight stop at Rovaniemi, Finland. We were treated to a meet and greet by the huskies and a fantastic insight into the camps and the dogs’ lives.

With the Sami people and culture stretching across four countries; Finland, Russia, Sweden and Norway I felt a little embarrassed about just how unaware I was of their culture when I started our touring of the Arctic Circle where the Sami culture is incredibly prevalent. In Norway they have their own parliament, and in Finland their own self-government.

The Sami culture is alive and well, and it was in Finland that I felt the true essence of the Sami people; it was their overt commitment to keeping and also growing their culture that impressed me the most, and also the warmth of the people wanting to show and share it with you.

I had no idea the reindeer roamed and that I would be seeing so many of them, and I never expected to feed a reindeer either.  |

A few times as we were driving a herd of reindeer followed alongside the coach, then as we slowed, running ahead of us for a while on the road.  The reindeer is also a farmed animal and a staple on the menus, particularly in Finland (a little hard to stomach once you’ve fed one).

Travelling around Scandinavia, and maybe no surprise is that salmon is going to feature, and that it did. Seafood also featured on restaurant menus, and reindeer to the Finnish is like beef or lamb is to an Australian. But quite simply, the Danish pastry starred! 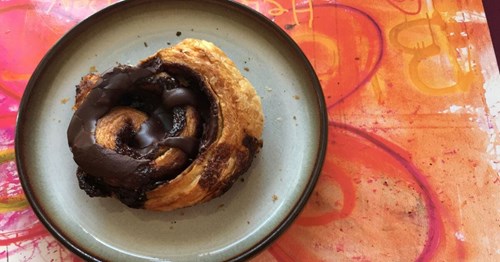 If you go to Denmark and don’t have a Danish pastry, you are missing out – whatever you do don’t miss a visit to one of the many pastry shops you’ll see in Copenhagen. I couldn’t go past the pastries at Lagkagehuset. Simply to die for. Just writing about it makes my mouth water. I’ve never found pastry like it outside of Denmark; perhaps the recipes are well guarded secrets.

Before my first ever visit to Scandinavia some years ago, I had images of Hans Christian Andersen fairy tale streets and cute buildings and  I wasn’t disappointed. But something else impressed me on this visit. It was the rapid development of the cities, with distinctive modern architecture in the capitals, Helsinki, Oslo and Copenhagen. My favourite would have to be the newly opened Oslo Opera House in Norway with encouraging words ‘please walk on the roof’, and yes, you can walk on the roof. 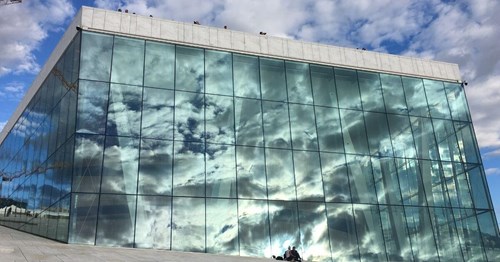 In Helsinki, of all places it was Helsinki University Main Library and in Copenhagen, it was harbourside where the modern development took centre stage.

North Cape, where you can experience the uniqueness of the midnight sun; no sooner as the sun sets and then it’s rising again. I was looking forward to this visit but didn’t really pay it too much thought. I was surprised that this was one of my highlights on our Scandinavian tour, and never expected to be so impressed and bewildered by another of nature’s fascinations.

Some or our Scandi tour group, toasting the midnight sun August 2016

But as a tip; it was cold. While all or other summer touring was temperate this was the one place when we had the beanies and gloves on.

Our touring included two overnight ferries. You could be easily be lead to thinking it’s just like a ferry ride on your local commuter ferries, but although the Scandinavians call them ferries, they are in fact ships. And impressive ships at that!

Restaurant on board our overnight ferry Oslo to Copenhagen

We had two overnight ferries with cabins. The first one from Stockholm, Sweden to Helsinki Finland on the MS Silja Serenade and then between Oslo, Norway to Copenhagen, Denmark on the MS Crown Seaways. When we boarded our ship destined for Helsinki we all headed straight for the bar, sipping our cocktails and cruising by the stunning coastline of Stockholm to the open passage to Finland. I thought that ship was impressive until we took our other cruise from Oslo to Denmark, bigger again and even boasting a shopping promenade down the middle of the ship.

Scandinavia doesn’t compare to anywhere else I’ve travelled. It has its own character, own charm and lots of surprises.

READ ON FOR MORE ABOUT SOLO TRAVEL TOURS WITH US

Check out our Solos Only Tour Groups
For a full list of small group tours.

Cruising Solo?
You can avoid dining solo when you join a Cruise Circle for Solos for group, with cruises departing from Australia, or join the Facebook group.

Solo Traveller Dining Events
Check out our events in Sydney and then from time to time, other cities in Australia including Melbourne, Brisbane, Adelaide and Perth.

Getting Started For The First Time?
Check out my book, How To Travel Solo But Not Alone

Something To Share?
Have you got a story to share?  Send us your solo travel story, for inclusion on our blog page. Know anyone that could find some encouraging words from my story? Please share and be a voice for travelling solo.

Find Us On Facebook
Travelling with us, or thinking about it, or just curious? Join our Facebook Tribe of solo travellers. 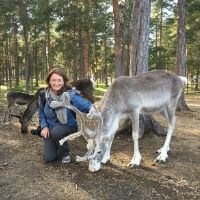 We've already racked up 14 years of experience creating and delivering the best ever holidays for solo travellers. As a boutique tour operator, we delight in detail, delivering personal service and finding your next best memory. 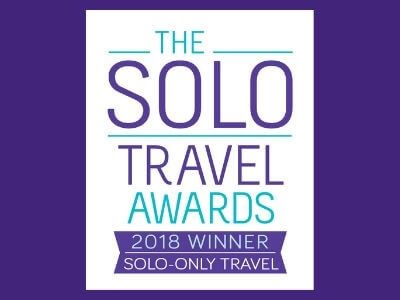 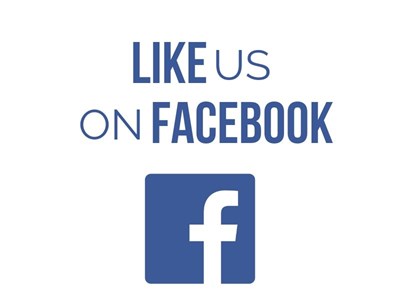